Debut album out now! Go get it!

Goddess was released today/yesterday, depending on location. If you are not of fan of BANKS and are not interested in listening to the album in its entirety, then fine, but please please please I urge you to at least listen to “You Should Know Where I’m Coming From.” Phenomenal. 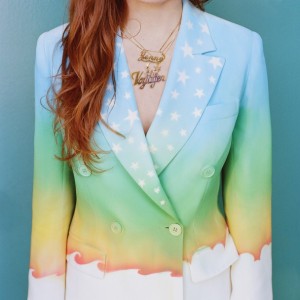 Never has an album cover better represented all of the musical glory that particular album holds. Yet somehow, Jenny Lewis has done it again. She has gone and created an album worthy of comparisons to rainbow jumpsuits, unicorns, and glitter in the best way possible.

After garnering positive reviews and warm reception to her “Just One Of The Guys” music video (iconically featuring Anne Hathaway, Kristin Stewart, Brie Larson, and Jenny herself dressed as men), the bar was set very high. Not only did the The Voyager surpass all of the expectations previously set, but it completely trumped them.

A theme of heartbreak seems to run through these songs like a strong current, yet Jenny is talented enough, and quite frankly smart enough musically, to present them in an upbeat manner, which I imagine is a very challenging thing to do.

Songs “She’s Not Me” and “Aloha & the Three Johns” are heavy hitting when it comes to revealing personal heartbreak that Jenny has experienced, yet they contain a certain island vibe entangled in a genius mix of euphonious melodies and enchanting layered rhythms.

The album takes a slight variation from the overall upbeat track listings with the title track “The Voyager” where a more melancholy mood is presented. In songs “Slippery Slope” and “Love U Forever” Jenny captures a more rock/indie vibe as seen in previous days with former band Rilo Kiley.

This versatility, while remaining familiar and consistant is one of the things I search for and most enjoy in artists. Jenny blows it out of the water once again. 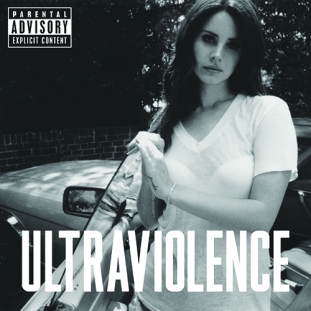 Thinking back to the ‘official’ beginnings of Lana Del Rey, with her release of “Video Games” in 2011 and comparing it to Ultraviolence, there is a familiarity in her music masked by a newfound maturity and rawness. Lana has proved herself to be the queen of crooning ballads and melancholy anthems, yet, underneath the icy surfaces of her previous works, there has been a warm core. A core with summer-athem capabilities, as seen with songs such as “National Anthem” and the well known remix that stemmed from  “Summertime Sadness.” With Ultraviolence, this is not the case. This album exudes maturity, but also occasionally reveals hints of something similar to vengeance. Lana is often criticized for her songs like “Without You,” which seem to undermine the idea of feminism and independence. With her latest release, that Lana is present but is juxtaposed with the new Lana who seems to be growing from the past and using her previous experiences as momentum to move forward.

Creatively, Lana always blows it out of the water. On this album, she incorporates a lot of references (Crystals- “He Hit Me (It Felt Like A Kiss)” & Phil Collins- “In The Air Tonight” among others). One of the things I have always found fascinating about Lana are the references she makes, both blatantly obvious ones and those that are not so easily understood. In “Brooklyn Baby” she refers to beat poetry and reading, in the same vein as when she referenced Walt Whitman’s “I Sing the Body Electric” on Paradise. Maybe it is because I love English, but I have always found these nods to things beyond the category of music extraordinarily charming.

“Money Power Glory,” “Black Beauty,” “Brooklyn Baby,” “Ultraviolence“- one after another I am blown away by Lana’s familiar, yet entirely new sounding ballads. Then a song like “Florida Kilos” comes out of nowhere, with an introductory guitar riff that sounds like something from an early Weezer album.  This is then followed by songs like “Pretty When You Cry” and “Is This Happiness” which convey a genuine feeling of sadness and pain, more so than ever before.

No one knows the exact meaning behind the songs written on albums other than the artists themselves. However, when trying to see, or listen, beneath the surface of the music and the lyrics to obtain a real idea of the overall theme of this album, I think a powerful story reveals itself. In the past, Lana, much like any artist, has received a lot of love, but also an overwhelming amount of hate. People constantly criticize her life and scrutinize her upbringing and the choices she has made. The album seems to serve almost as a response to everything she has gone through. Yes, it appears as though her life is wonderful, she gets to tour the world and do what she loves. Yes, it appears as though she came from a wealthy upbringing and has always had it easy. Yes, she sometimes seems a bit hesitant to explore independence, yadda yadda. But sometimes, the grass isn’t always greener, sometimes you don’t understand what someone has gone through until you take a walk in their shoes,  sometimes you get your heart broken. Beside being a work of music, and a work of art,  Ultraviolence is a story. The story of Lana’s past, her saying screw it, and looking ahead for all that is to come.

Very, very different from Ray’s previous work. Quite interesting. What do you think?

I cannot wait for the new album!